“Greg Clemmer is the best mechanic I know. He’s the only one who can keep my bike running,” Michael Hakala (far right) raves of his partner in the Asheville-based mobile bike shop and food truck business The Tacoed Wheel. “That says a lot, as all of my friends in the mountain bike community know I’m hard on parts.”

In fact, that’s the fateful story of when Michael met Greg: After testing its limits, Michael needed his bike fixed, so he set out to find a mechanic he could trust at a local shop. He found that in Greg, but as fate would have it, the shop was about to close.

At that point, Greg was ready to go to work for himself. Michael wasn’t so sure about his next plan, but knew he loved to cook. He picked up a part-time job while trying to decide a course, and started whipping up tacos for his buddies on Friday nights.

“Sometimes we ended up ordering pizza, so I’d cross that recipe off,” he laughs. But more often than not, when Michael asked his friends if they’d pay money for the tacos they’d enjoyed, they replied with a resounding yes. Then, the light bulb went off: partner with Greg on a mobile bicycle repair/taco-focused food truck.

A Wrench in the Plan

They put together a business plan and quickly realized they needed money for vital equipment. The pair talked with traditional lenders but hit a brick wall. “Every single bank or loan agency needed us to be in business for two years,” Michael says, recalling thinking But, wait, we need the money now to get the business going.

At a colleague’s suggestion, they contacted Mountain BizWorks for help and capital. “First off, I learned how unorganized we were financially with our cost projections,” Michael shares openly. “But then, Mountain BizWorks taught us the right way.” The owners received business planning and marketing coaching, and attended a QuickBooks class. After they fine-tuned their original business plan, they applied for and received that much-needed loan from us. “We basically got a crash master’s in business and were able to start our dream company,” Michael says.

They did encounter another snag with codes and regulations, and ended up deciding to do two separate vehicles: The bike shop is in its own truck that’s been up and running since last year, while the food truck is nearly complete and about to hit the streets this spring. But this snag turned out to be a blessing in disguise. They discovered income is higher when they divide and conquer, serving clients in different WNC locations at the same time.

For any new business, money coming in is a good thing. While the food truck hasn’t fully launched, Michael has been slinging tacos every chance he gets—catering parties and passing out samples around town, asking if he can park at these locations once he’s truckin’. Word of his tasty tacos has been spreading, which helped him land a spot catering a big anniversary event last summer and serving riders earlier this month at a two-day downhill bike race at Bailey Mountain Bike Park in Mars Hill (another Mountain BizWorks client, in partnership with NCIF).

“We sold more tacos that weekend than the last four months combined,” he notes. “We sold out of food both days—120 tacos in just an hour.” He adds, “We’re already reaching numbers we had projected for June. The community support has been amazing.” After all, WNC loves and supports its unique small business like no other place, and Mountain BizWorks is thrilled to help these companies that help us fulfill our mission of economic opportunity and resiliency.

Of course, Michael doesn’t want to give aspiring entrepreneurs the impression that launching a business is easy. He shares that reaching this point of success came after a tough winter, an off-season, of sorts, for the company. And he recognizes the seriousness of it all now that he’s not just cooking for his pals at home—stressing the importance of education and preparation.

“The loan is amazing. But without the QuickBooks class or learning how to do our cash flow analysis or breakeven point,” he says, “we would have been way underwater.”

The duo looks forward to a year of operations with both fully functioning vehicles. Then, the sky’s the limit: Be on the lookout for the bike shop pulling a food truck and vice versa in the future…perhaps even a franchised bike-taco fleet.

For more about The Tacoed Wheel, visit thetacoedwheel.com. For information about working with Mountain BizWorks to launch or grow your business, visit the lending and coaching pages of our website. 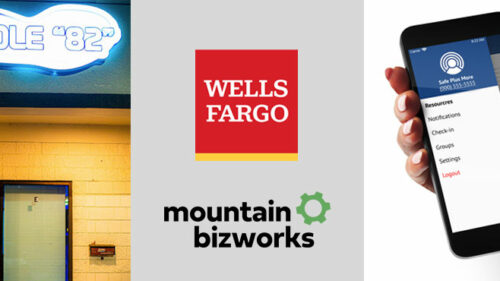 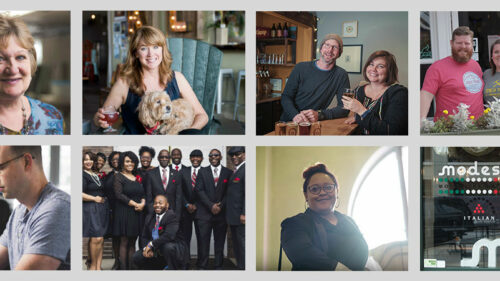 Important relief on the way for WNC ﻿small businesses 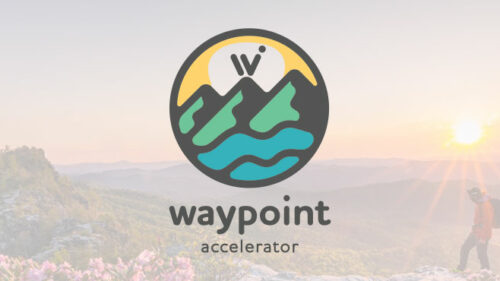