Evans Prater made two attempts to hike the entire Appalachian Trail. On the first attempt his pack was heavy and winter chased him back home. On the second attempt his pack was lighter and he completed the entire trail. “That experience, by far, had the most profound, paradigm-shifting, core-altering impact of anything I had done or seen yet,” he says.

It was on that hike that Evans found his personal mantra – “Everything you carry should be light.”  This idea and way of living also became the cornerstone of his business, Mount Inspiration. It was the first design he made for the company and sold on stickers in stores around Western North Carolina. In 2015, Evans founded the business with the goal of using sustainable and organically made products to spread messages of light, love, hope, and positivity.

It doesn’t sound like your typical mission statement, but then, Evans is not your typical CEO. He has that magic mix of dreamer, dogged self-determination, and a little luck. The only thing he was missing was business acumen and a shot of capital to scale up his company. Evans enrolled in the Mountain BizWorks Alpine class in 2016 and is part of ScaleUp WNC cohort 5. “I never thought my English degree would lead me to running an apparel business,” he says. “Not having a business degree, these classes are such an amazing resource. We talked a lot about scaling up eloquently, of being mindful about your business. Mindful in ways that aren’t only spiritual.”

The classes led him to make several changes in his company that shrunk his margins and increased productivity, but he says if it was not for the loan from Mountain BizWorks, his company would have been dead in the water. In the first quarter of 2017 Mount Inspiration saw a 750% growth in sales over 2016. Without the loan from Mountain BizWorks Evans would not have had the capital to meet the sales demand. “A bank loan was out, because I don’t meet the required two years in business. But we needed that infusion of cash, so the timing [of the Mountain BizWorks loan] was perfect for us.” 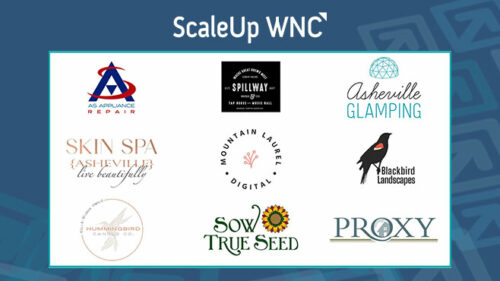 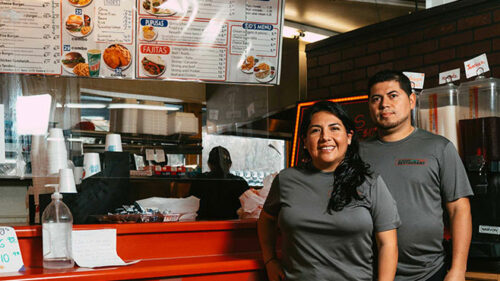